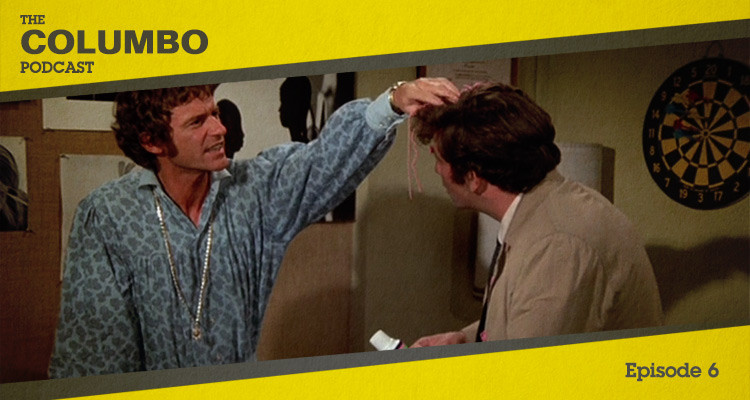 The sixth episode of Columbo was titled Short Fuse and delivered an explosive twist to the typical methods used by killers on the show so far. This episode saw Columbo try to establish whether two victims were the unfortunate casualties of a car accident, or if something more sinister had occurred. In the podcast Gerry and Iain look at the dramatic events of Short Fuse and the issues raised by Columbo’s investigation.

There were five major cast members in this episode, but it was Roddy McDowall‘s Roger Stanford that dominated proceedings. McDowall’s career began, at the age of 10, in 1938 and by the time he appeared in Short Fuse he had been working consistently for over 30 years, long since having transitioned from child star to professional performer. McDowall is perhaps best known for his role as Cornelius in the original set of Planet of the Apes movies and by the time he appeared in Columbo had already been in two of these. As well as being nominated for a Golden Globe in 1964, McDowall won a Primetime Emmy in 1961 and has had a star on the Hollywood Walk of Fame since 1960.

Alongside McDowall’s energetic, ever-present Stanford there were supporting roles for Anne Francis as troubled secretary Valerie Bishop; James Gregory and Lawrence Cook as the victims – Stanford’s uncle David Buckner and his chauffuer-cum-P.I. Quincy; William Windom as Stanford Chemicals’ straight-laced vice chairman Everett Logan; and a great performance from Ida Lupino (noted in the New Yorker as one of the “great directors of the time” for her work in forties and fifties cinema) as Stanford’s Aunt Dori.

There were a few trivia questions in this week’s episode, so if anyone knows what the cablecar featured in Short Fuse serves in real life or has an idea what was meant by “better than the Borgia” then please feel free to comment here, or find us on Twitter at @columbopodcast.

Short Fuse was released in 1972. It is 75 minutes long and originally aired on the NBC network. It can be viewed on Netflix in the United States and is available on DVD in other countries, including a comprehensive box set of all eleven seasons released by Universal.