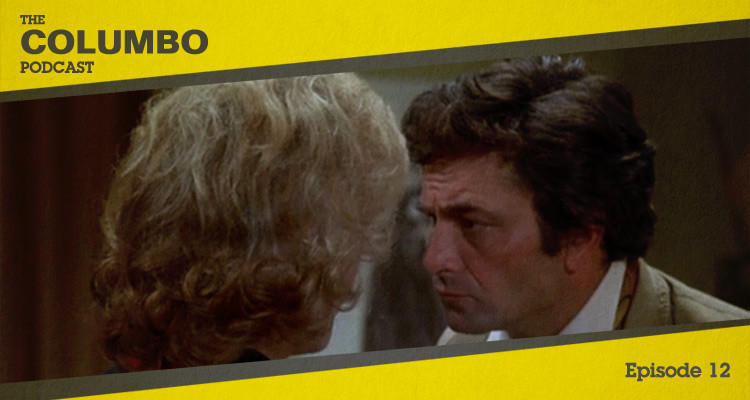 The twelfth episode of Columbo was titled Requiem for a Falling Star and was the fifth episode of the show’s second season. Columbo returns to the world of showbusiness and to Hollywood, looking to solve an apparent case of mistaken identity. In this podcast Gerry and Iain look at the show’s return to a familiar setting and a very unusual twist.

In Requiem for a Falling Star Columbo returned to more familiar territory than in the previous episode, but remained in the company of actors, principally Anne Baxter‘s murderous leading lady, Nora Chandler. Her unsuspecting victim Jean Davis was skillfully portrayed by Pippa Scott, making the most of a brief opportunity to shine.

Key supporting players in the drama were Mel Ferrer‘s scheming Jerry Parks; Kevin McCarthy as studio executive-cum-close personal friend of Ms Chandler, Frank Simmons; and Frank Converse as Mr Fallon, a frustrated bigwig, keen to move the studio into the second half of the twentieth century against much resistance from Nora.

There was also a cameo from celebrated costume designer Edith Head, playing herself – complete with an array of Academy Awards and a new tie for Columbo!

During this episode we asked listeners if they had any insight into tyre deflation on a car of the type Jean Davis drove and for a list of your top ten architects. If you have thoughts on that issue or any other aspect of Requiem for a Falling Star then please feel free to comment below, or find us on Twitter at @columbopodcast.

Requiem for a Falling Star was released in 1973. It is 74 minutes long and originally aired on the NBC network. It can be viewed on Netflix in the United States and is available on DVD in other countries, including a comprehensive box set of all eleven seasons released by Universal.