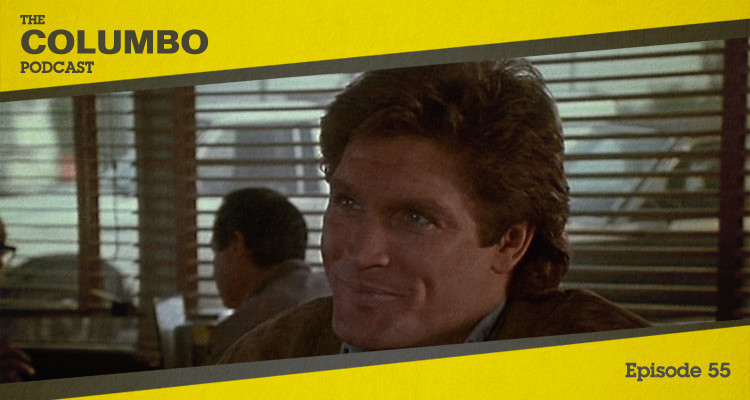 The fifty third episode of Columbo was titled Murder in Malibu and was the sixth and final episode of the show’s ninth season. A successful author first agrees to marry her young partner, then appears to withdraw that agreement. In response he resorts to murder. In this podcast Gerry and Iain look at an unusually weak motive and an uninspiring killer.

Wayne Jennings (Andrew Stevens) is the secret young lover of novelist Theresa Goren (Janet Margolin). Despite his regular philandering, he wishes their relationship to become public and for her to agree to marry him. When an epiphany (live on late night TV) hits Goren, she announces her relationship with Jennings and her intention to marry him, but in a call that evening appears to recant her declaration, telling Jennings that she hates him. In response he drives to her home and appears to shoot her dead.

The dynamic force in this episode is Goren’s sister and agent Jess McCurdy (Brenda Vaccaro) who knows Jennings is trying to deceive the police. Jennings, meanwhile, is able to split his time between his accountant, Helen Ashcroft (Laurie Walters); Mrs Rocca (Sondra Currie), a film producer’s wife; and even Jess’ housekeeper Rosa (Yolanda Lloyd).  Floyd Levine‘s Lieutenant Schultz assists Columbo in his investigations.

Walter Grauman directed his only Columbo episode and is perhaps better remembered for his fifty three stints behind the camera on Murder, She Wrote. Writer Jackson Gillis returns for the first time since Last Salute to the Commodore and it seems the lessons of that outing have not been fully understood. He has one more opportunity for redemption coming up in Season 11!

If you have thoughts on any aspect of Murder in Malibu, please share them below, or find us on Twitter at @columbopodcast.

Murder in Malibu was released in 1990. It is 98 minutes long and originally aired on the ABC network. This episode is not available on Netflix, but can be found on the Season 9 or complete collection DVD box sets from Universal.