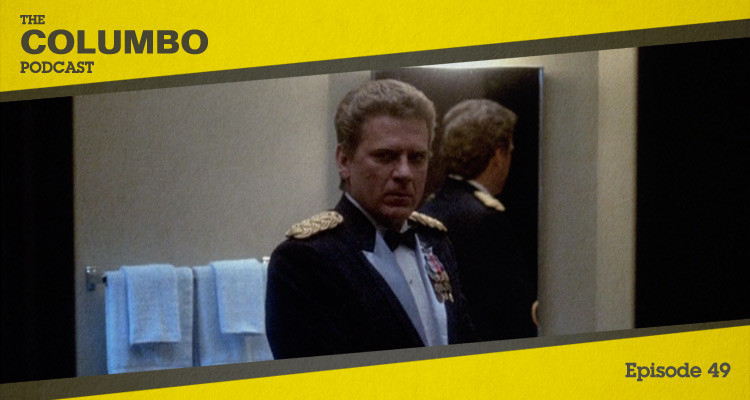 The forty seventh episode of Columbo was titled Grand Deceptions and was the final episode of the show’s eighth season. A Colonel working at a conservative think tank kills to hide his financial indiscretions. In this podcast Gerry and Iain look at the case in detail and review the first season of Columbo’s revival.

There’s a return to the military theme in this Episode, last visited in Season 4’s By Dawn’s Early Light. Colonel Frank Brailie (Robert Foxworth) is taking advantage of his position at the First Foundation for American Thought to partake in criminal activities and syphon money off for his own use. When Sergeant Major Lester Keegan (Andy Romano) discovers the illicit activity and seeks to strike a grubby deal, Brailie plots and executes his murder.

Stephen Elliott (in his second Columbo role after Season 4’s A Deadly State of Mind) and Janet Eilber as General Padget and his wife Jenny provide the episode with it’s emotional centre, with Elliott in particular putting in a strong performance. Columbo’s investigations are further assisted by Michael McManus‘ officer (and Keegan’s friend) Tanzer, albeit in a single-scene appearance.

Sam Wanamaker returned for a second directorial contribution (after the well-regarded Season 6 episode The Bye-Bye Sky High I.Q. Murder Case) having helmed two Mrs. Columbo episodes in the interim, while writer Sy Salkowitz made his one and only contribution to the show in composing the story.

During the episode we asked whether any of our listeners could find where to buy a miniature Columbo figurine. If you have thoughts on that or any other aspect of Grand Deceptions, please share them below, or find us on Twitter at @columbopodcast.

Grand Deceptions was released in 1989. It is 98 minutes long and originally aired on the ABC network. This episode is not available on Netflix, but can be found on the Season 8 or complete collection DVD box sets from Universal.

As promised, an image of the leaves, revealing Columbo’s first name: 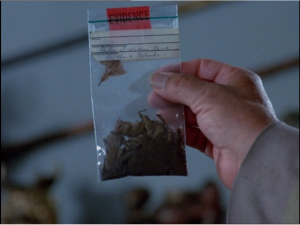