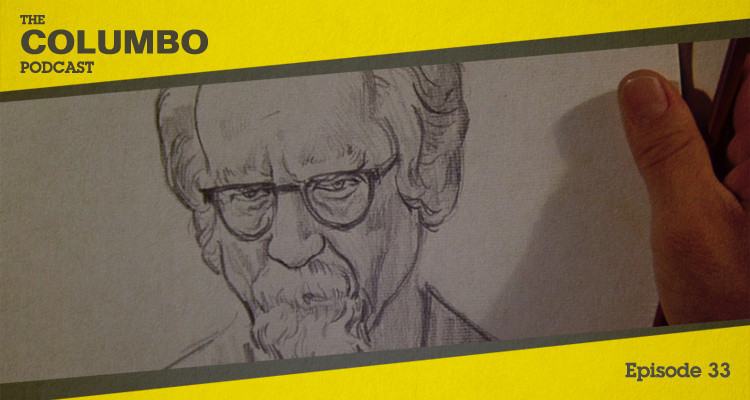 The thirty second episode of Columbo was titled Identity Crisis and was the third episode of the show’s fifth season. A double agent kills a CIA operative in Columbo’s jurisdiction. In this podcast Gerry and Iain look at the way the lieutenant takes on a skilled opponent.

Patrick McGoohan returned to Columbo after his debut in Season Four’s By Dawn’s Early Light, directing and starring in this episode. He plays Nelson Brenner, a CIA agent with a secret second identity, by day a high-level consultant who prepares speeches for politicians and socialises in elite social circles.

Brenner’s victim is also portrayed by a returning guest star, Leslie Nielsen. The character is referred to as ‘A.J. Henderson’, but this is an assumed identity and his real name is never known. His CIA codename is ‘Geronimo’. He suspects Brenner to be a double agent, but more importantly knows Brenner has held on to money he’s due for his part in an earlier operation. Ultimately, this dispute leads to Geronimo’s death.

McGoohan’s directorial debut saw him working with William Driskill‘s thrid and final Columbo script – all for 1975 episodes after Season Four’s Troubled Waters and the Season Five opener Forgotten Lady. McGoohan would go on to direct four further episodes, right up until the year 2000.

During the podcast we asked if anybody could spot Paul Gleason, who is credited with the role of ‘Parsons’ in the episode. If you spotted him or have thoughts on any other aspect of Identity Crisis please share them below, or find us on Twitter at @columbopodcast.

Identity Crisis was released in 1975. It is 95 minutes long and originally aired on the NBC network. It can be viewed on Netflix in the United States and is available on DVD in other countries, including a comprehensive box set of all the show’s seasons released by Universal.