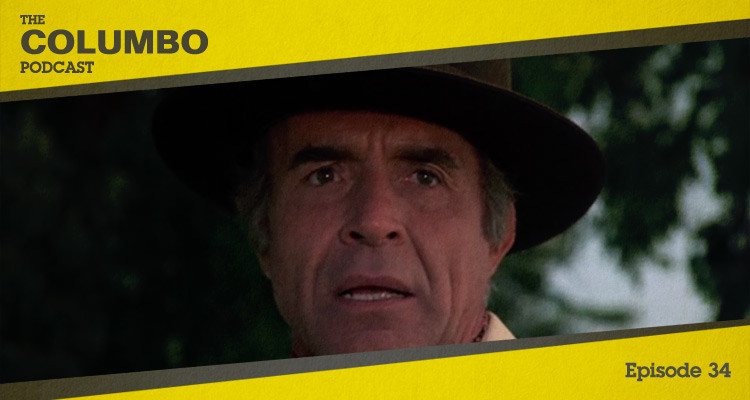 The thirty third episode of Columbo was titled A Matter of Honor and was the fourth episode of the show’s fifth season. An ageing matador kills a dear friend to conceal an uncomfortable truth. In this podcast Gerry and Iain look at a vacationing Columbo and his unofficial contribution to the investigation.

As legendary matador Luis Montoya, Ricardo Montalban – perhaps best known for his role as Khan on the original series of Star Trek and in Star Trek II: The Wrath of Khan – creates an impressive villain, commanding and arrogant in an effort to mask his own extreme cowardice and fear. Having been exposed as a fraud in front of Robert Carricart‘s Hector Rangel as the pair tried to rescue Rangel’s son from a bull, Montoya chooses to murder his friend rather than run the risk of others finding out the truth.

Pedro Armendariz Jr.‘s Commandante Sanchez is tasked with investigating the death, drawing on the expertise of Columbo who happens to be on holiday in Mexico at this point. Rangel’s son, Curro (Adolph Martinez), is enlisted by the lieutenant to help expose Montoya in the episode’s dramatic conclusion.

Director Ted Post returned for his second and final stint behind the Columbo camera, following A Case of Immunity earlier in Season Five. Writer Brad Radnitz, meanwhile, penned his only script for the show.

During the podcast we asked if anybody knew whether the episode was filmed in Mexico. If you recognised any of the locations or have thoughts on another aspect of A Matter of Honor please share them below, or find us on Twitter at @columbopodcast.

A Matter of Honor was released in 1976. It is 70 minutes long and originally aired on the NBC network. It can be viewed on Netflix in the United States and is available on DVD in other countries, including a comprehensive box set of all the show’s seasons released by Universal.